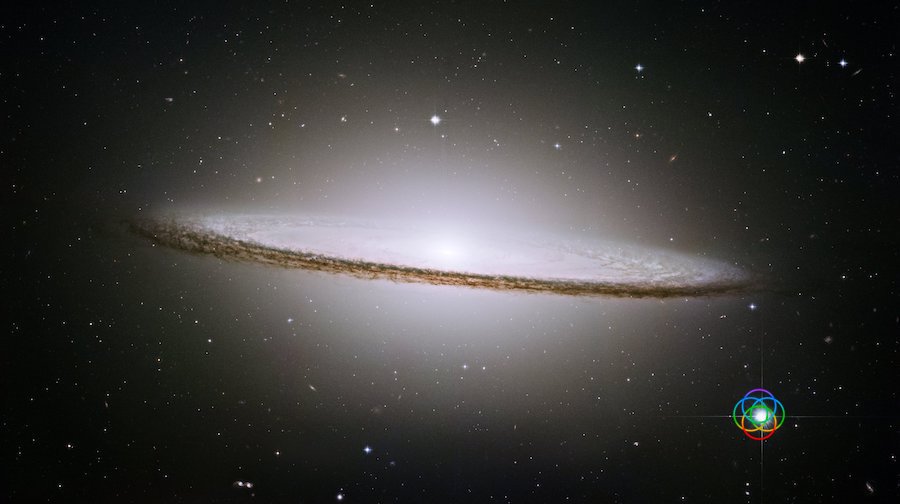 O.K. So, you’ve tried making contact with the natives, and they’re not friendly. The pollution levels in the atmosphere and general environment are dangerous, and you know you can’t exist for very long on the poison they call food here. But the transporter room is off-line.

Right now you’re marooned. Somehow, you’ve got to survive until the rescue team arrives. But there’s a nagging feeling that you are the rescue team, and the rest of the crew, back on the ship have left you to it.

Don’t worry, it’s not personal. This world is not hostile, but the consciousness that prevails here is toxic. That’s why the natives are so angry, aggressive, mistrusting, paranoid, neurotic and psychotic. And the longer we stay here the more we become infected with the stuff ourselves. Some of us have spent many tours of duty, lifetimes, doing just this.

The Prime Directive is “Don’t interfere with the indigenous life-forms.” But there’s nothing in the manual about not interfering with the death-forms. So that’s where we start, and we have to start with ourselves.

The first part of the job is actually to immerse ourselves in the consensus reality of the locality. This is the easy part, because it happens automatically. With every waking breath, most of us have learned that we have to do something, or be a particular way, in order to be accepted by those around us. Basic survival training in 3D. And what we learn we have to be is totally incongruent with the inner truth of who we feel ourselves to be. So we begin to pretend we are what we are not, to accommodate whatever “reality” demands of us, just so we can survive here.

We know the truth inside ourselves, and as soon as we can get the primitives to understand everything will work out o.k. But it seems to take forever to get through to them. We’re forced to use the prevailing conventions, and if we don’t we’re ignored. We can be labelled unreasonable, weird, unbalanced or insane, and we can be silenced physically. All of which serves to keep us quiet.

What we’re actually doing is attempting to live within an irrational social order which refuses to admit truth as a basic paradigm, yet insists that irrationality is abhorrent and cannot be tolerated. It’s all arse-backwards, but anyone who says so is invalidated, ridiculed and discredited. So we feel forced to deny our true selves.

Make no mistake, this is a death-form. When we begin to deny ourselves, we are actually saying that we don’t exist. This is slowly killing ourselves at an energetic level. It can take many years to manifest this death physically, but once the energy is set it’s inevitable.

This is pretty serious. It means our survival strategy is fundamentally flawed. Pretending to be what we’re not so as to please the natives and get them to smile at us does not keep us alive, it actually kills us – painfully.

How can this have happened? It’s just too bloody perverse that all our clever strategies to conceal ourselves, and keep our innermost selves safe, are part of the malignancy that is destroying us, but it’s true. It’s because we’ve already been infected by the insidious toxic consciousness of the place. It gets us before we’ve got to grips with the level of our own consciousness in relation to where we are. Did you ever wonder why nobody else could see how crazy this place is? Or ask why the craziness persists, even though there seem to be many reasonable and well-intentioned people around who know that it’s crazy, and would like it to change? Well this is why. We’re all infected.

So at a fundamental level our identity here is structured through inner conflict, where we reject our own authenticity. This sets up a deep core resentment within us which is never allowed to be expressed as it is judged to be negative. It just is not o.k. to be negative, nobody wants us if we are negative. So, the resentment grows inside us, undermining us in all the various pop-psychological ways – inferiority complex, rejection, abandonment, anger, judgement, worthlessness, poor self-esteem, guilt, shame, etc. Somewhere deep inside the truth of who we are still lives, but it’s buried alive, stifled and suffocated by what we’ve learned is called civilisation. And psychology is not going to help, it’s just going to feed our minds more “rationality” as a palliative. It’s an unbelievable nightmare, but it is happening all the time.

In very general terms, the part of us that we are taught to deny and reject is the feeling part, the emotional. And this is also the key to life and integration. It’s what the 4D controllers who run this place can never have. Without this part of ourselves we are split, fragmented and disempowered – held in the 3D prison.

The crew didn’t tell us about this before they put us down here, or if they did we couldn’t have heard it. We’ve been stuffed!

And what’s more, it seems like everyone thinks there are two dominant species here, men and women, and there’s a war going on between them for ultimate control. It’s like everyone looks at their physiology, decides to align their identity with their gender, and then complicate this with their sexuality. Well it makes as much sense as anything else here. But any decision of this kind has to have been contaminated by the inner conflict of authenticity, and the psychosis endemic in the planetary consciousness, so how sound can it be? It does however hold the attraction of grounding our reality in basic enemy patterning, where we can blame someone else for everything.

The women can blame the men, and the men can blame the women. But with such a polarised interior blueprint, the inner violence and conflict just has to out-picture in the social structures of the inhabitants at EVERY level of their interaction. Ever wondered why there always seems to be a war going on somewhere in the world?

So … o.k. what’s to be done? How can we get rid of the hideous infection that poisons and distorts consciousness in this place? Why, oh why, can’t everyone just come to their senses and stop the insanity of conflict, pollution, fear, hatred, greed and anger?

Well it’s possible that they will, but only if you will too! And it has to be known that trying to solve the externals alone is merely a distraction. What’s been happening internally needs to be addressed first. We’re the rescue team and we need to rescue ourselves from ourselves.

What we each have to do is remember. Remember who we really are inside, and express this in the world. It’s time to stop denying who we are, stop wearing the masks that our families and society are used to. It’s time to say “Yes, it’s all true. This is who I am”. And we really have to concentrate on ourselves to do this, not allow ourselves to be diverted by looking around to see who’s not doing it. This is probably one of the scariest things we can do, imagine how horrified your friends would be if they knew what you were really like!

But the truth is that under all the corruption, we have the innocence and purity of children and we long to return to it. I invite you to tune into this feeling inside yourself now, if you can, and let that be your guide to its truth.

And, just like children, we take only baby steps at first. It’s neither feasible nor practical to jump suddenly into the world as a new-born innocent, the shock would be too great, and in any case we’ve done that and it holds bad memories for us. However, this is in essence what has to be done. We have to go into the darkness. We have to find our feelings. We have to uncover and explore those areas where we’ve been afraid to tread.

It’s only as we re-integrate our suppressed emotional body that we can release and transform the past and embrace our 5D essence. It’s the complete opposite of using our minds to pretend our emotions aren’t important, the complete opposite of what we’ve been taught. It’s not just a matter of seeing with our intellect and promising ourselves that we’ll be different in future. Those promises will always be broken until the feelings are addressed. Our feelings are not held in our minds. That’s why intellectual solutions haven’t worked and never will, they’re just different versions of mind control.

We’ve been trying to figure this out all the time we’ve been here and all we’ve figured out is how to get by, with varying degrees of success. What hasn’t been figured out is that it can’t be figured out; acknowledging that this is o.k. is the beginning of a metamorphosis.

The other thing we need to own up to is our own arrogance. Because we’re pioneers, when we left we told the crew NOT to take us off until we had figured everything out. This is why we’ve been so desperate to do it all with our minds. We set ourselves up to be stuck here until we do. The mistake we’ve been making is in thinking we meant our rational minds. Once we learn to tune in fully to our feelings again the way is open for our spiritual intelligence to express that is unbounded by the limitations of what we think we know, or how we think things are supposed to be. This is the work we’re here to do, then we can all go home if we still want to.