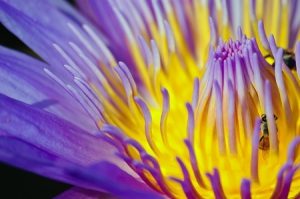 Re-examine all you have been told in school or church or in any book,
and dismiss whatever insults your own soul.

Awakening
More and more people are beginning to awaken to themselves as they figure out the inherent emptiness of a life rooted in mainstream beliefs and practices. The experience of life is not generally enhanced by anything promoted in the media or traditionally held as the limits of reality. None of it is enough, and most of it’s a distraction from what’s really important.

This phenomenon is driving the quest for deeper meaning in our lives and the rejection of the forms of existence permitted by the dominant ideologies of civilisation as we know it. It also fuels much of the extremist fundamentalism manifesting in opposition to the historically determined righteousness of the imperialist age and its ruling classes.

Those awakening and the awakeners are still in a minority, the latter more so than the former. But the way this works is that everyone who awakens becomes an awakener simply by their presence. As you awaken you stop resonating with the prevailing conventions; the mental, emotional and energetic hooks that tie you in loosen and dissolve; and you start emanating a different vibration – a different level of consciousness. And that means your energy field starts to influence the fields of those around you.

Transmitters and Receivers
The human body is an electromagnetic organism. Modern medical technology utilises this fact in the electrocardiogram [ECG/EKG] and the electroencephalogram [EEG] amongst other somewhat mysterious diagnostic tools. What is not so well known is that the heart is the strongest electromagnetic organ in the body with an electrical field strength around 100,000 times that of the brain and a magnetic field strength up to 5000 times that of the brain [ref: HeartMath Institute].

The entire basis of modern communications technology is electromagnetism and the interaction of electromagnetic fields. The fields of one device automatically influence the fields of every other device up to a certain point, which is normally considered as the range over which a device will operate. When this influence is decoded you get a message if the decoding resonates with your device. This is how mobile telephones work and why there has to be a network as the range of an individual mobile phone is relatively small.

What doesn’t make it into mainstream physics is that the human body is doing the same thing as the mobile phone – transmitting and receiving through the interaction of our personal electromagnetic fields. Those fields are conditioned, or modulated, mostly by what’s happening through the heart – what we feel. We decode our reception and encode our transmission through feeling; and our feelings are interpreted and rationalised through the mental apparatus and the stories we make up to manage our feelings and emotions. The stories may be coherent, but they are seldom accurate as they are conditioned by the environment we’re immersed in. This environment encourages us to be afraid by the constant barrage of situations conceived of as a danger to our way of life that emanate from mainstream media and governmental institutions.

A concentration of many people functioning through the same or similar beliefs creates a network, and the education and values you are indoctrinated with make you a subscriber to particular networks without you knowing. These networks form the cultural matrix that shapes your sense of your own identity. These networks have been established and evolved through centuries of dogma and systematised regulations. A bit like mobile phone contracts, it takes a determined effort to change networks with a considerable risk of being disconnected for a period while the changeover is implemented.

It’s interesting that one of the most serious consequences of going against the prevailing belief system in medieval times and the middle ages was excommunication. The modern equivalent of this is perhaps being out of range of a mobile phone or broadcasting network – no phone, no instant messaging, no internet access, no tv, no radio – positively traumatising for many.

Re-tuning
So the awakening process is challenging. It involves facing criticism, disapproval, judgement, blame and shame – from within as well as without. And all this has to be faced without descending into criticising, disapproving of, judging or blaming what you’re awakening from. All of that old limiting conditioning is actually perfect because it provides the impetus for you to begin waking up. So if you’re struggling with any of this it’s a sign that you’re on the right track. Your consciousness is retuning itself to a vibrational frequency that better supports the flow of your well-being.

The re-tuning process is more or less automatic once it begins, and it begins with recognising the hollowness of the reality you’ve been living. Once you accept that and begin the search for something more meaningful a momentum is established that opens you up to previously inconceivable possibilities. The key is to keep following what makes your heart sing with joy and appreciation.

It’s actually vitally important to notice when your heart is not singing, or singing mournfully. Either of these conditions indicates that you’ve become stuck or side-tracked, and could benefit from connecting with someone more in tune with themselves, or more experienced in their awakening process. Simply being in range of their transmission can be sufficient to get you back on track. At other times it may be necessary to consult an established facilitator.

Holistic Networks
Human consciousness is in the process of flowering. As it does so new holistic cultural networks are being established that support that flowering. Each one of us that moves into the new universal paradigms of existence consolidates those networks with the energy of our own transmission, which in turn makes it easier for others to join.

Do not expect things to calm down as the new networks take effect. The coming months and years will see the restructuring of our reality continue to accelerate [just look back over the last 30 years, if you can, and see the acceleration that has already taken place]. The old order is crumbling, and those that support it will crumble with it. Some of this will look pretty ugly and there will be many vindictive projections hurled at those awakening – until the unity of humanity and the entirety of existence is understood as the foundation of being.

1 thought on “The Flowering of Consciousness”