Few people are at ease with the general direction that the world seems to be headed in right now. There is chaos, conflict and confusion everywhere. This chaos has all the characteristics of a healing crisis. You know the kind, where it looks bad before it gets very bad, before it gets better. 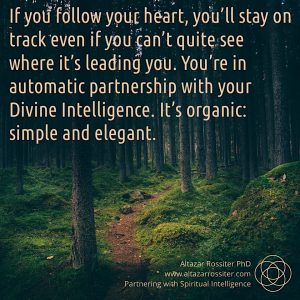 This is the path through the forest of darkness. It’s the territory of awakening, self-empowerment and transformation, and there’s no map.

Patriarchal control systems have been in place for thousands of years. Patriarchy is not paternal, despite its propaganda. It imposes policies of oppression and disempowerment on general populations, largely by fear and force.

This has been an existential paradigm that prevails as a collective field, supported by belief systems that promise salvation when a hero turns up. This is a victim consciousness. Communities have been held together by it. Families have even been structured by it.

Those control systems are crumbling. They’re imploding and those inside them [that includes me and you] are caught up in the same process. All the values we’ve lived by are being challenged. That means all the ancestral and soul memories we carry in relation to the suffering caused by these systems have to be healed.

But to heal, you have to embrace change. You can’t rely on some leader or super-drug that will make all the nasty symptoms go away, so you can continue as before. Continuing as before will produce the same diseased outcome in the future as it did in the past.

The pressure for collective change is building. Where we’re at is the point where the consciousness of the collective needs to shift. Everything has to change and no-one knows what things are going to look like afterwards.

As many of you already know, it’s not until you’re in excruciating discomfort and when you’ve exhausted conventional possibilities that you decide you have to change. That’s when you start to look inside yourself, because it’s the only place you have any real control over. And, step by step, you start to climb out of the box you’ve existed in; you move beyond the mind-sets and beliefs that keep you stuck.

When you do this you move out of the reality you’ve inhabited and your world changes. Some things collapse and fall away; some things expand and grow. It can be a painful process, but the pain of being stuck is worse. You stop waiting to be saved and take responsibility for yourself. You move out of victim consciousness. You start to operate on a different paradigm. Your consciousness shifts and that means your vibration – the energy you broadcast into the collective – shifts. This is the path of the awakening Lightworker or Lightbearer.

Humanity as a whole is in that pain of awakening to the collapse of the dominant systems it has existed by. There are no precedents for this situation, and the outcome is uncertain. The big question is, Is humanity in enough pain collectively to abandon its established existential paradigms?

Curiously, this condition is actually shifting all the time. Because as more and more people wake up individually the vibration of self-empowerment they broadcast into the collective gets added together.

So, as the vibration of the collective is modified by the vibration of its individual contributors [you and me again] the consciousness of everyone within the field is influenced. And the awakening gathers momentum.

There is no top down directive in charge of this shift. There is no need to coerce, or force, anyone into compliance. It’s driven by the intent and commitment to be all you can be, the best version of yourself. It’s organic, simple and elegant.

All you need to do is wake up every morning and say out loud:

I <insert your full name>, commit to all that I Am to be All That I Am.

… And take every opportunity to explore a different way of being that turns up on your path.