It’s widely accepted that words have power.
But if they do, where does that power come from? 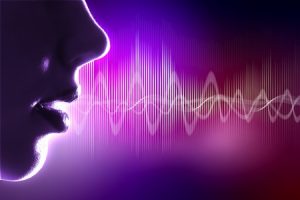 The power of words, and the language we use, in structuring the reality we live in has a long tradition shrouded in mystery. Few give this principle any credibility because we so seldom seem able to create a reality we want, but it’s an idea that has persisted through the ages.

For those of you brought up in a culture that exposes you to some form of Christian teaching, there’s a biblical significance attached to the concept that words have power. Even if you reject the religious aspect, the principle somehow sticks. Various other creation stories also rest on the concept of a sacred word, or sound, calling the world into existence. So what’s the relevance of this for the modern world?

Naming and Identification
The principle of calling something into existence is not quite dead, however, and it has deep implications. This idea virtually tells you that things don’t exist until you call or name them. Following the logic of this takes you to the place where if something doesn’t have a name it can’t exist. And this leads to the process of identification: identifying the world around us, identifying ourselves and each other.

This brings us to the concept of naming and begs the question: If you don’t have a name, do you, or can you exist? In the institutions of the social order – government, education, religion, family, professional organisations, insurance, banking and so on – the answer to this question is a resounding “No”.

Intent and Energy
It’s not so long ago that hexing and cursing were regarded as real practices that could impact others. In some cultures this belief is still very much alive.

There’s no doubt that any emotional charge (energy) you put into your words as you say them makes a difference in their effect. Contrast any violent or angry outburst with words of comfort and affection and you’ll see what I mean.

So it would seem that it’s not simply words but the sound of their intonation that carries their power. You might then consider how you affect your reality if the sound of a word is conditioned by the intent with which it is uttered.

Spelling Spells
It’s curious also how, in English, two of the meanings attributed to the word spell are implicated in the mystery of words. Words are spelled and correct spelling is regarded as important; but spelling can also be applied to the casting of spells, creating a reality that conforms to your intent. Correct spelling is again important.

One of the words that potentially carries this creative principle into the modern day is Abracadabra. The origin of this word, which some people consider to come from ancient Aramaic and mean I create as I speak, is still contentious. Yet, this word is so hackneyed that any original meaning has been completely drained away in mainstream usage. … Or perhaps it has merely been made “safe”, blunted by lack of awareness and relegation to the realms of superstition and nonsense.

Self-Empowerment
Rather than say words have power it might be more appropriate to say that words are instruments of power, especially when spoken aloud. It is the significance of this that is overlooked in our everyday use of words in conversation.

Words are one of the most powerful transformational tools you have at your disposal. By voicing your intent you can create energetic shifts in the entire expression of your being.

Using words, you can work with yourself, and with others, to bring peace and harmony into your life. This is the ancient secret of invocation and incantation that has been obscured by the spin of history, the self-seeking quest for power and political expediency … and possibly imposed ignorance. But it is a secret you can learn for yourself. It’s a major component of the transformative practices I share with people.

It is possible to reach into the cellular memory, into the ancestral memory and even into the soul memory to redress the balance of ancient wounds. You can address other lifetimes in the here and now, especially where these have a relevance to current issues. You can shift your relationships to a new level. You can bring closure to situations that years of therapy have failed to resolve. You can do all of this, and more because words are an inter-dimensional portal through which the non-material energy of the Universe can take physical form.

Practice
In my workshops and mentoring programmes, I often lead people in words with protocols I’ve developed for shifting consciousness and clearing the obstacles to that shift. How I explain it is by looking at three aspects.

1) Thought exists in another dimension, i.e, it is not part of our 3D reality, but speech is. Speech is a physical sound vibration and it manifests as a measurable pressure wave in this dimension. So when you voice your thoughts and intent you’re working inter-dimensionally.

2) You don’t hear with your ears alone. Your entire skeletal system picks up the vibration of sound and transmits it into your soft tissue. So every cell in your body ‘hears’ your intent and knows you “mean business”.

3) Your speach is powered by your breath, which is the carrier of your life force. So when you speak you energise your intent with your life force. And if you invite the Universe to support you in that intent you begin to develop as a channel for All That Is to create through you.

Returning to the question I asked at the beginning: If words have power, where does that power come from? The answer is that, if you are speaking, the power comes from you. It is your power that is being expressed. And if this is the case then it’s a good idea to ensure that any energy you put into the speaking venture affirms and supports your life process.

What you say is fundamental to the way you exist in the world,
because your word is quite literally your bond.

2 thoughts on “The Power of the Spoken Word”