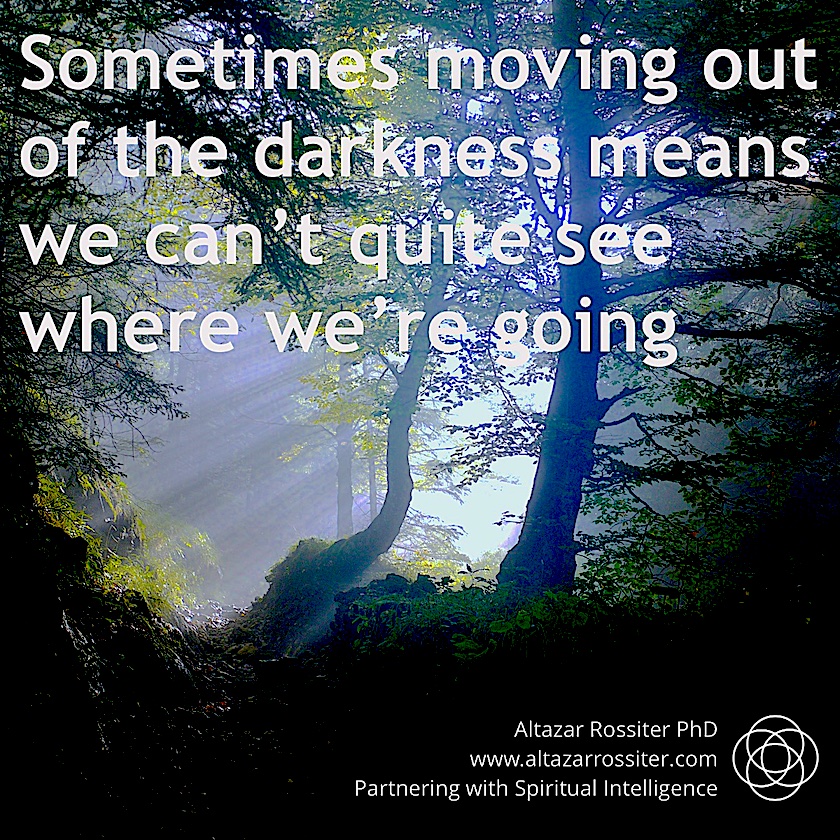 This is the time of year when many people are attempting to put the past behind them. It’s a good intention, but it’s not that easy. The approach is often flawed, by defining the future in relation to the past. When you do that you energetically anchor your future in what you want to let go of. That’s to say you’re not actually letting go even though you think you are. Let me explain a little more.

Whenever you express anything in terms of what you don’t want you operate in the paradigm of what is not wanted, not what is wanted. Your subconscious / unconscious [and the Universe in general] reads paradigmatically, because that’s how energy works. Energy follows intent paradigmatically.

Paradigms can be thought of as tracks that your mind [conscious and unconscious] runs along. They can be either on or off in a way that reflects a digital polarity. In this way, when they’re OFF they are completely excluded from your range of expression; the track is unavailable.

However, paradigms also have a kind of analogue functionality ~ a spectrum. When paradigms are ON the spectrum ranges from zero to total preoccupation; the track is available even though it may not be in use. But it can be brought into use at any time as a diversionary strategy when some obstacle appears on the preferred path.

This is the process when you find yourself doing your best to move forward in a new direction and the going starts to get a bit tough. A few unforeseen challenges may appear and that can start the worry that the new direction may not work out. Where that can take you is back into your resolution not to return to your old way of doing things – the old track, the old paradigm has your attention. But by allowing it into your consciousness you’ve moved the control dial off the zero position. If you like, the elephant has moved from being embryonic to emerging into the world. And the more you focus on not returning to your old ways, the more dominant the paradigm of what you don’t want becomes – the elephant gets bigger.

Everyone of us is vulnerable to this kind of inbuilt self-sabotage. This is partly because wherever you are in life your past experience, good or bad, has been instrumental in creating the reality you currently inhabit. There is therefore a tendency to anchor your identity in your past. By your identity, I don’t mean who you are in your ultimate beingness but how you think of yourself in relation to the world you live in – how your personal history informs your sense of yourself. So how to move forward, especially when the way forward is shrouded in the mists of doubt and anxiety?

By doing this you invite a universal intelligence outside the limitations of your mind to come into operation. This intelligence goes beyond the mind, which can only operate from what it knows. It’s capable of reaching into what you don’t know to bring you what’s truly in alignment with your deepest desires.

So, whenever the embryonic elephant of doubt starts to quicken in you the procedure is to focus immediately on how you want to feel about yourself. Focus your attention on what you love. It’s a practice, a discipline.

“That’s how we’re going to win. Not fighting what we hate. Saving what we love.”