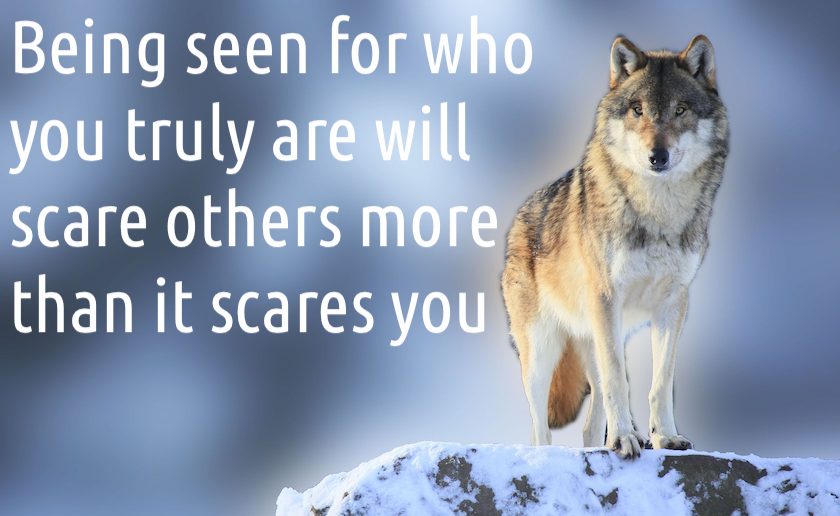 This has always been a deepening process. It’s a personal reconfiguration and not particularly comfortable. This winter it’s been no different. Two main threads surfaced: the Witch Wound and Slavery, both of which correlate with visibility.

THE WITCH WOUND
The Witch Wound comes up regularly in workshops, and I’ve worked on my own version of it before. This time it became clear that this wound is related to visibility. Where there’s actually a residue of terror of being seen for the “witch” I am, held somewhere in my cellular or Akashic memories. That terror came from being powerless to protect those I care about in the face of persecution from an oppressive authority. This wound is endemic in humanity where our families and friends have been targeted as a way of punishing anyone engaged in sharing Universal Truth and natural healing.

SLAVERY
The Imprint of Slavery has many expressions. It requires rigid suppression of the truth and wisdom of your own heart and total denial of your personal autonomy. You are deprived of the right to be seen for who you truly are and lead your own life. It’s the foundation of a raging resentment of authority and underwrites the energies of the rebel, the fugitive and the outlaw. Slavery overlaps here with the Witch Wound, because being forced to conform to the dictates of an oppressive authority to be allowed to exist can be regarded as being put in chains.

The imperative to work in order to survive is one of the ways the slave imprint turns up in our modern world. It causes us to put up with all kinds of abuse to earn a living. Forcing ourselves to slave away invisibly in situations that fit the needs of our masters rather than our own induces a bitter resentment that has to be buried in order to be accepted as employable. This is particularly applicable to the masculine principle, creating a provider programme trauma by keeping the masculine constrained as the traditional “breadwinner” in work that is often humdrum, trivial and demeaning.

The slave trade that commercialised slavery in support of capitalist ideologies may have been abolished, but slavery persists in many forms throughout the world. It’s been a norm for thousands of years. Traditionally people conquered by attacking armies would be enslaved, if not slaughtered.

THE COLLECTIVE
Both of these main themes surfaced in me, requiring considerable time out as the layers revealed themselves. I was completely wiped out by the feelings of the various threads as I cleared them, but I also got insight into how deeply these patterns are entangled in the collective community fields that we all live in.

Month by month my personal process always reflects the general issues that will surface for transformation in my workshops. My winter process tends to flag core collective programmes that are likely to come up in the coming the year, and insight into getting free from the interference of that collective programming. So the turn of the year is always a time for changing up a gear.

I never feel as ready as I would like to be, any time I sit in the facilitator chair. Everyone is always new, even if they’ve been in my workshop before. Every time they come they are a different version of themselves – as am I, with new insights, gifts and challenges. It stretches me and I love it.